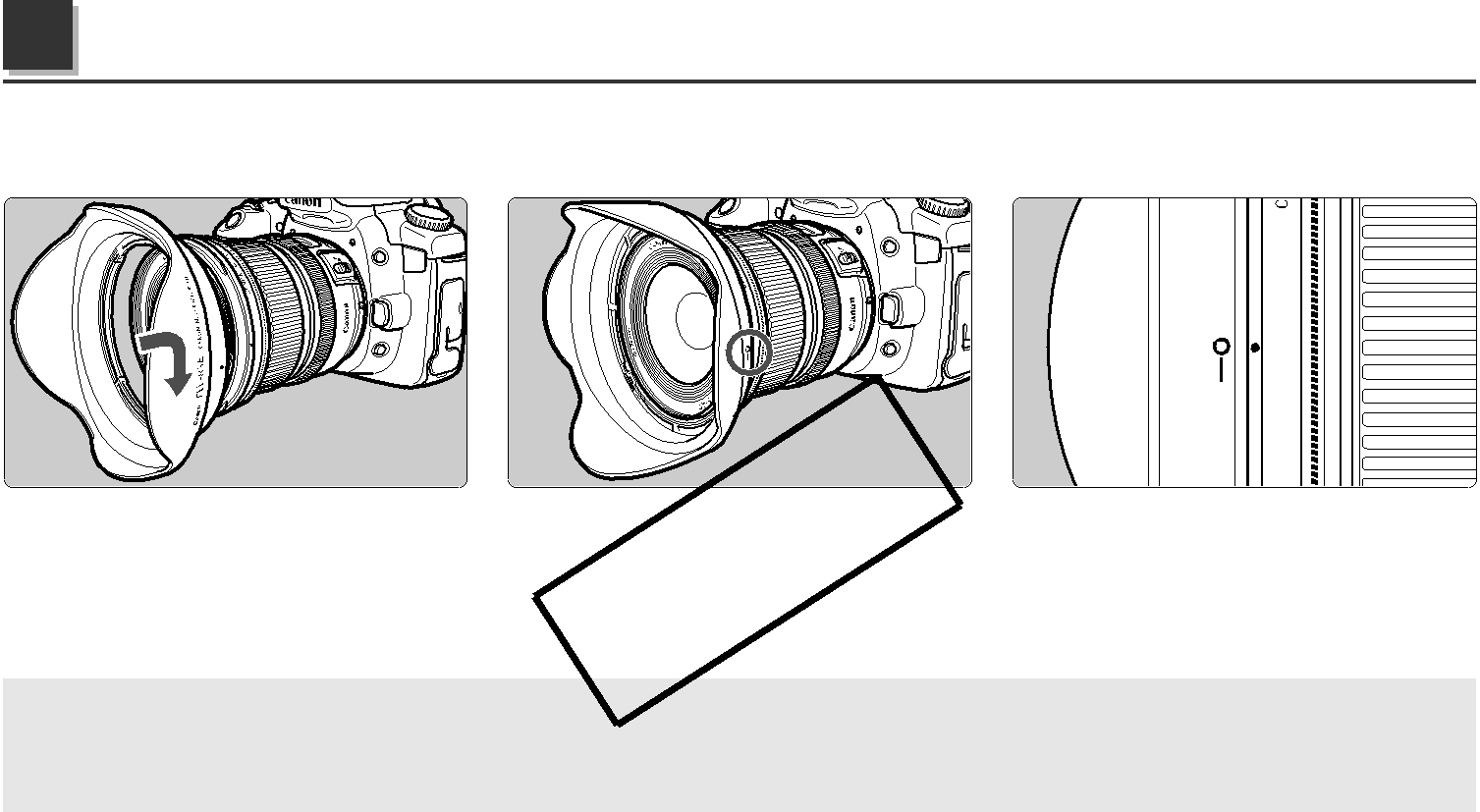 The hood can keep unwanted light out of the lens, and also protects the lens from rain, snow, and dust.

To attach the hood, align the hood’s attachment position mark with the red dot on the front of the lens, then turn the hood as shown by the arrow until the lens' red dot is aligned with the hood's stop position mark.

The hood can be on the lens for storage.

¡Part of the picture may be blocked if the hood is not attached properly.