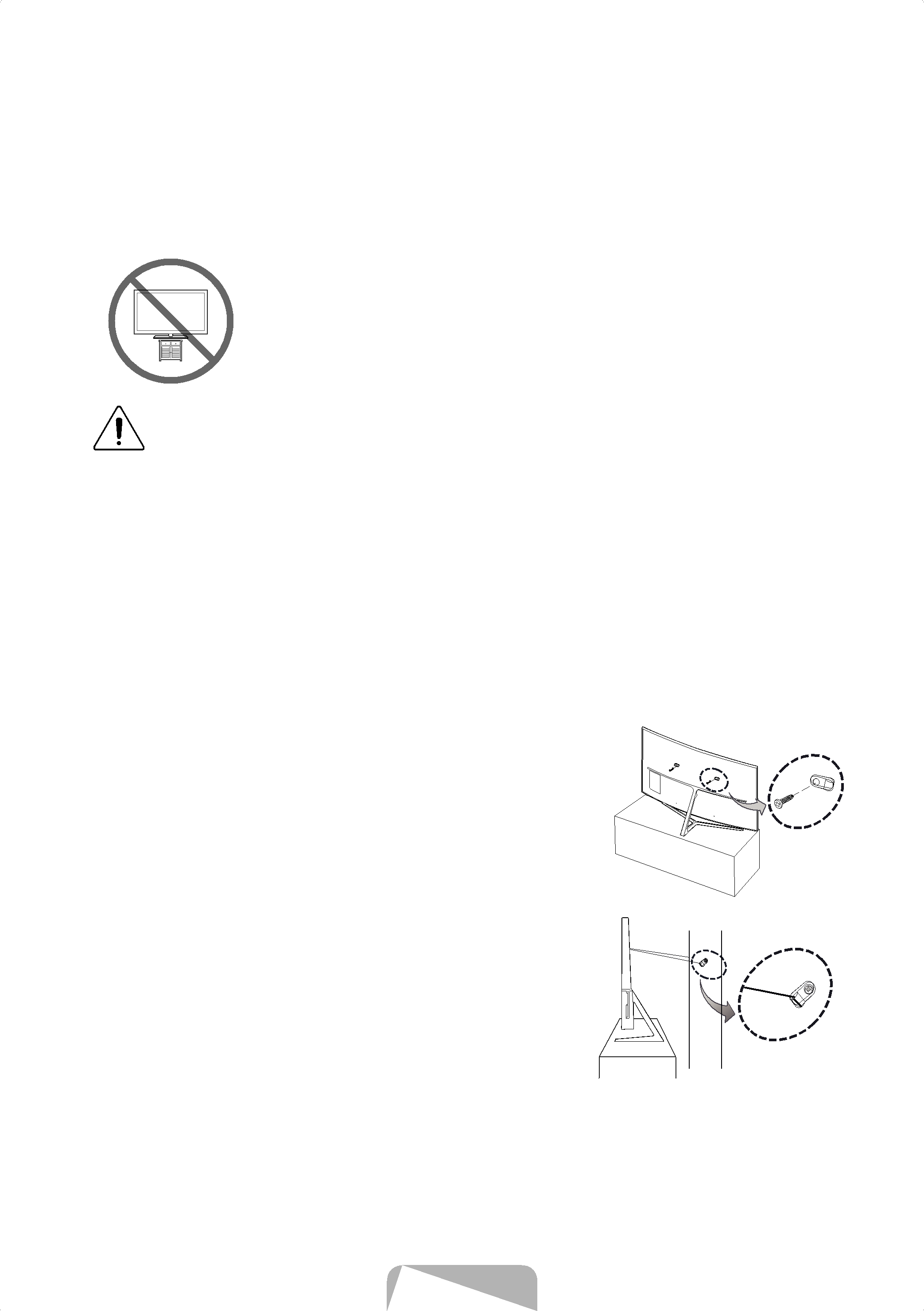 Attaching the TV to the Stand

Make sure you have all the accessories shown, and that you assemble the stand following the provided assembly instructions.

Safety Precaution: Securing the TV to the wall

Caution: Pulling, pushing, or climbing on the TV may cause the TV to fall. In particular, ensure your children do not hang on or destabilise the TV. This action may cause the TV to tip over, causing serious injuries or death. Follow all safety precautions provided in the Safety Flyer included with your TV. For added stability and safety, you can purchase and install the device as described below.

Never place a television set in an unstable location. A television set may fall, causing serious personal injury or death. Many injuries, particularly to children, can be avoided by taking simple precautions such as:

•Using cabinets or stands recommended by the manufacturer of the television set.

•Only using furniture that can safely support the television set.

•Ensuring the television set is not overhanging the edge of the supporting furniture.

•Educating children about the dangers of climbing on furniture to reach the television set or its controls.

If your existing television set is being retained and relocated, the same considerations as above should be applied.

Preventing the TV from falling

You may need additional material such as wall anchors depending on the type of wall.

2.Put the screws into a second set of brackets, and then fasten the screws to the TV.

Screws may not be supplied with the product. In this case, please purchase the screws of the following specifications.

Install the TV near the wall so that it does not fall backwards.