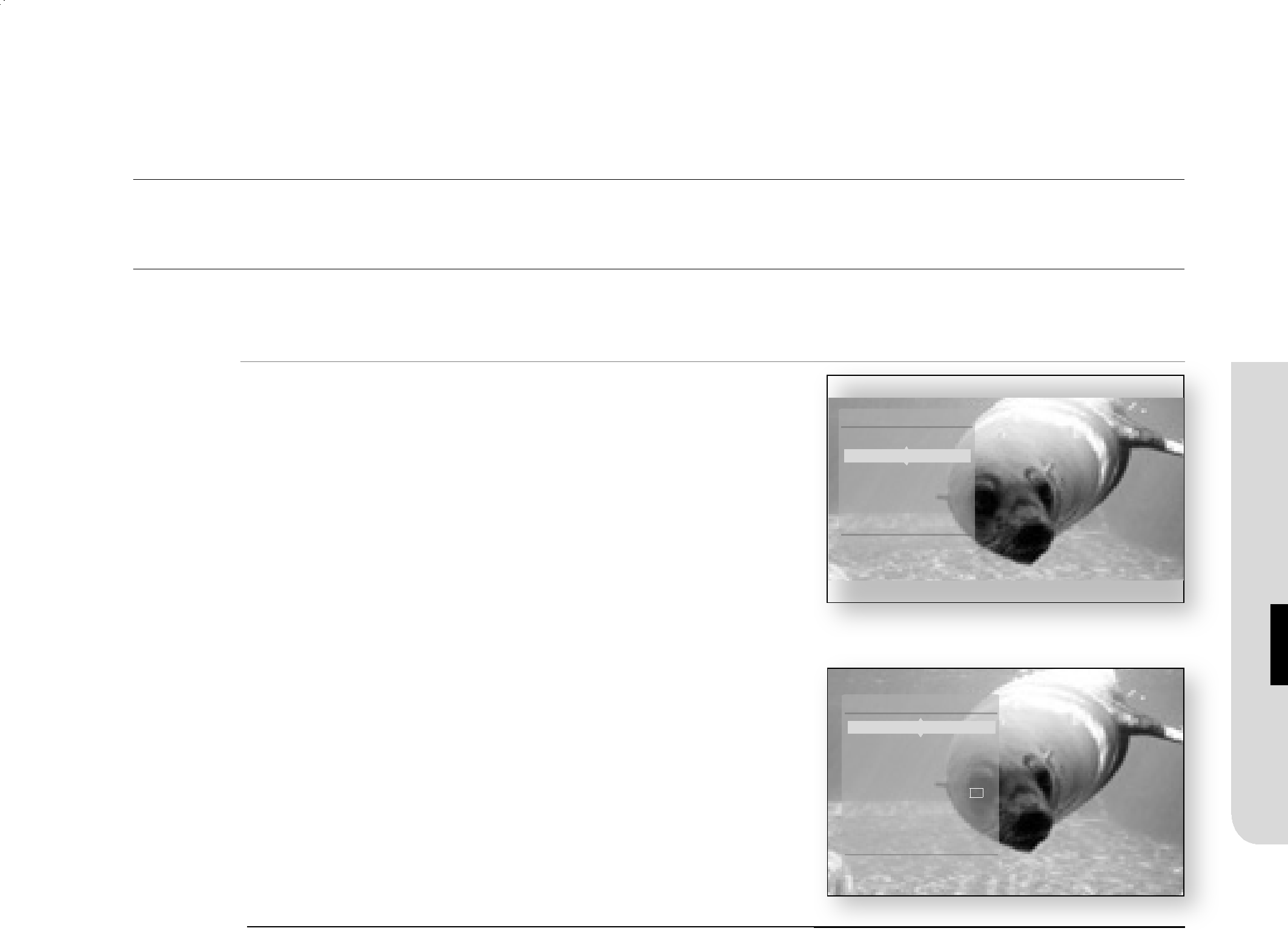 1.During playback, press the inFO button on the remote control.

•If the current title of a Disc has the BONUSVIEW feature, press the INFO button in the BONUSVIEW section to display information.

2.Press the ▲▼ buttons to select the desired item.

3.Press the _+ buttons to make the desired setup change and then press the OK button.

•You may use the number buttons of the remote control to directly access a title, chapter or to start the playback from a desired time.

<INFO menu for the BONUSVIEW section>

M ￿ If you are playing contents from the info menu, some functions may not be enabled depending on the disc.

￿Chapter: Most Disc/DVD discs are recorded in chapters so that you can quickly find a specific chapter.

￿Audio : Refers to the film's soundtrack language. A Disc can contain up to 32 audio languages and a DVD up to 8.

￿Playing Time : Allows playback of the film from a desired time. You must enter the starting time as a reference. The time search function does not operate on some discs.

￿Angle : When a Disc/DVD contains multiple angles of a particular scene, you can use the ANGLE function.